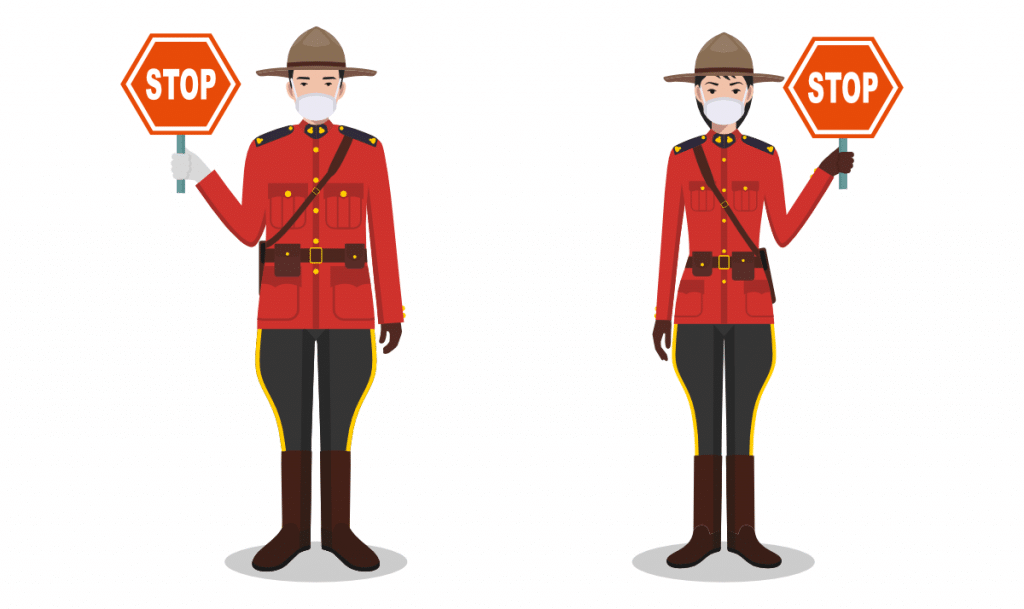 Given the ongoing outbreak of COVID-19 and the challenging times we’re experiencing in Canada and around the globe, many countries, and many provinces in Canada, are turning to more extreme measures to curve the health, societal, and economic effects of the virus – “flattening the curve”.

All provinces in Canada at this point have invoked their own provincial Emergencies Act, but for many of us the scope and extent of the laws, orders and regulations aren’t fully known or understood.  In this blog post, our mission is to get our readers, citizens and communities up to speed with these Acts to understand how we can best serve ourselves, one another and society as a whole.

What is the Emergencies Act?

Both the federal government as well as each of the provinces and territories have an Emergencies Act or Emergencies Management Act  (NS).  These acts can be invoked by the federal government nationally, or the provincial governments throughout Canada when the government believes Canadians can be seriously threatened by a national emergency such as the COVID‑19 pandemic.  The national law called the Emergencies Act (of Canada) has not been invoked and likely won’t be invoked unless the situation “cannot be effectively dealt with under any other law of Canada”[1].  Thus far, the provinces have invoked their emergency powers. Under the Nova Scotia emergencies’ legislation, the fines are much harsher than under the national legislation (more on that later).

The purpose of declaring an emergency and invoking these powers, which are special temporary measures, is to respond to a national or provincial emergency.  These special measures are temporary in nature and not appropriate in normal times.  It is important to know that under the national Emergencies Act citizens of Canada are still protected by our Canadian Charter of Rights and Freedoms.

Under Canada’s Emergencies Act, a national emergency is defined as follows:

“… an urgent and critical situation of a temporary nature that

(a)      seriously endangers the lives, health or safety of Canadians and is of such proportions or nature as to exceed the capacity or authority of a province to deal with it; or

(b)      seriously threatens the ability of the Government of Canada to preserve the sovereignty, security and territorial integrity of Canada

and that cannot be effectively dealt with under any other law of Canada.”[2]

Under federal law, the Government of Canada can declare a state of emergency if there is:

Because of the COVID-19 pandemic, the government could declare a public welfare emergency.

At this time, the Government of Canada has not invoked the national Emergencies Act.  While many provinces have invoked theirs, the Prime Minister has indicated that Canada will do so if and when needed and when called upon by the provinces to do so.  In Nova Scotia we have an Emergency Management Act.  This law states that the provincial government, upon declaring a state of emergency, may

“do everything necessary for the protection of property and the health or safety of persons therein”.

These emergency powers allow the provincial government to:

The foregoing is a list of those measures that the provincial government is currently dealing with.

When the federal government declares an emergency under the Emergencies Act, the state of emergency terminates after ninety (90) days unless revoked earlier or renewed.

The federal government can regulate or prohibit travel to and from Canada or from any specific area within Canada for the purpose of protecting the health and safety of its citizens.  The government can also direct the provision of essential services, the distribution and availability of essential goods, services and resources, or the authorization of making emergency payments, the establishment of emergency shelters and hospitals as well as public assembly among other things.

How does this affect Canadians and Nova Scotians daily lives during COVID‑19?

The Government of Nova Scotia, on the other hand, has invoked emergency measures that affect our daily lives such as tightening our provincial borders at all entry points as well as stopping, questioning and telling (or ordering) people coming into the province to self isolate for 14 days (subject to the exemptions for essential workers and services).  In addition, the Nova Scotia government has:

Many of these measures have been put in place under the Health Protection Act, legislation which works parallel to the Emergency Management Act to allow medical officers (such as Dr. Strang) to make orders in the event of a communicable disease outbreak.

Although our government both federally and provincially have other powers that they are able to invoke, either they are not necessary at this point in time or they are more relevant to other specific types of emergencies.

What is the extent of the power the governments have during the state of emergency?

As most of us have heard by now, the government of Nova Scotia has mandated fines for people who are specifically breaching the emergency measures by penalizing any person $1,000.00, and corporations up to $7,500.00, for exceeding the gathering limits

Interestingly, the legislation actually allows the provincial government to fine a person up to $10,000.00 or a corporation up to $100,000.00 as well as imprisonment up to 6 months or both fine and imprisonment.

Who are the authorities?

Provincial governments, through their police forces, have the ability to lay charges and enforce laws.

When and how must we comply?

As mentioned earlier, the Government of Nova Scotia has imposed fines as a method of enforcing self-isolation, self quarantine, social/physical distancing and social gatherings.  The government also has the ability to increase the current fines to well above those currently in place.

The provincial government has a website “Novel coronavirus (COVID-19) Nova Scotia” which provides comprehensive information and has posted the orders on that website.  The website sets out easy to understand wording of the details of the state of emergency, as well as closures, cancellations and travel advisories.  The site also provides information on whether or not you think you might have come into contact with COVID-19 or may be experiencing symptoms and what to do if that happens.